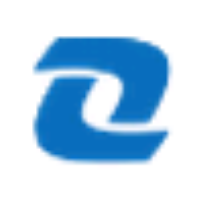 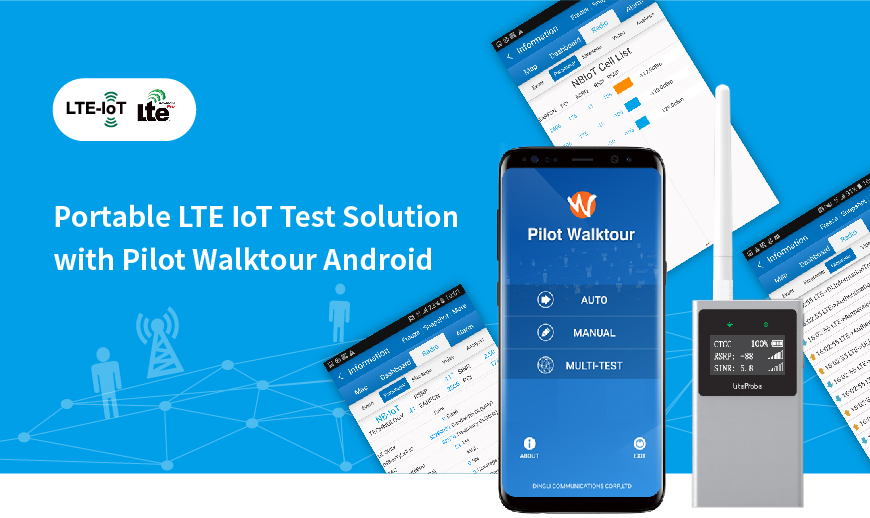 NB-IoT and eMTC are newly developed radio access specifications for machine type communication connectivity, and a significant step towards IoT (Internet of Things) realization. Current telecommunications trend puts a lot of focus on machine-to-machine, and human-to-machine interaction and connection. This, in turn sets the requirement for mobile network operator to deliver the optimum LTE-IoT radio access network, in meeting the industry demand. This prompted DingLi to develop an LTE-IoT test solution together with the handheld Pilot Walktour Android, that is modern and easy to use. The product aims to assist network operators in verifying and test the LTE-IoT network performance in the most effective and efficient way possible. 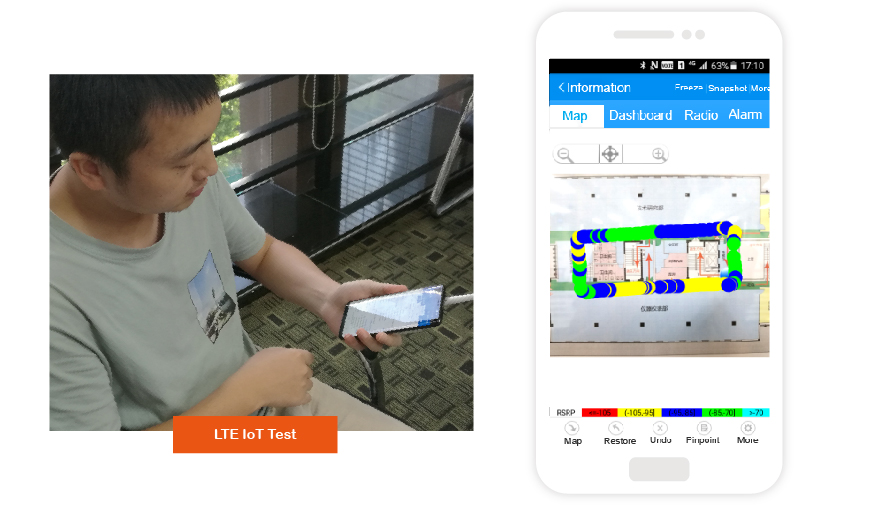 Once connected to the Qualcomm chipset-based LTE IoT device (e.g. "LiteProbe") through USB cable or Wifi, Pilot Walktour Android can be used to perform the relevant NB-IoT and eMTC network and services test, including Inter-RAT handover between 2G/3G/4G and LTE IoT.

However, when the LiteProbe is disconnected, only the network technology supported by the Pilot Walktour Android can be tested. 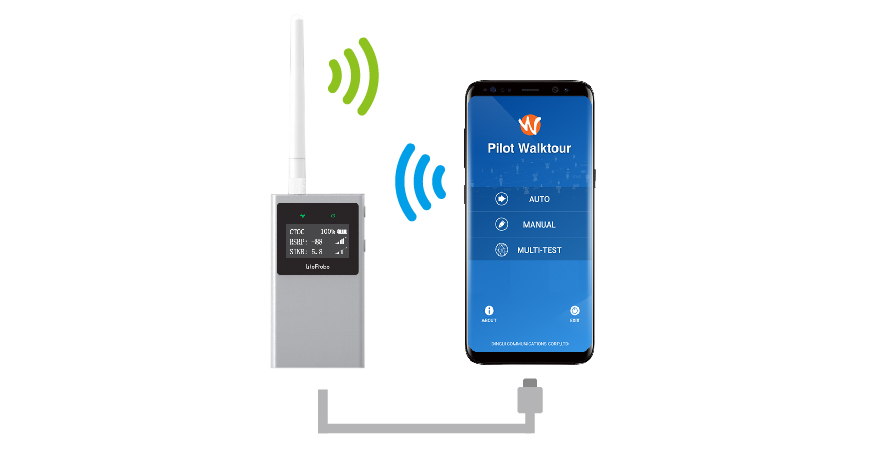 √After Attach, users may conduct application-layer services to test LTE IoT network through AT command.

√Caters to the industrial requirements 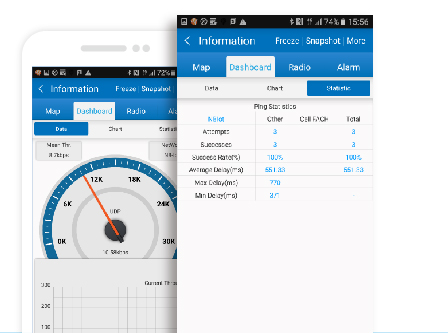 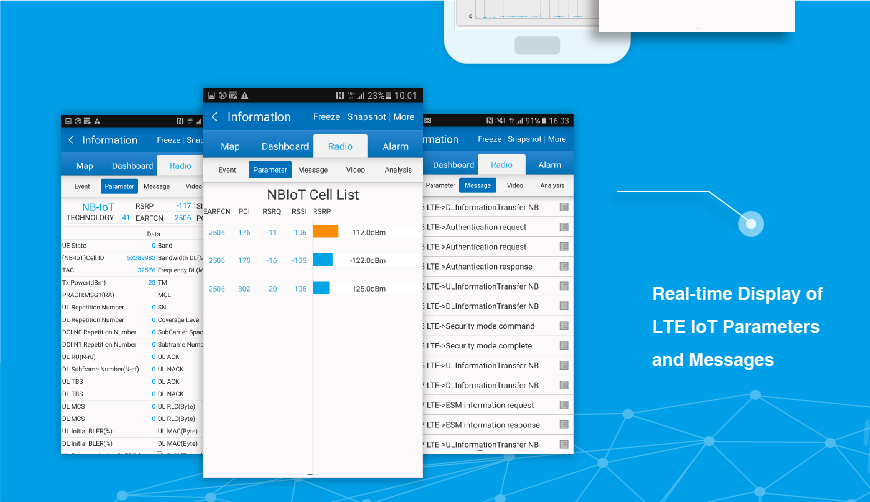 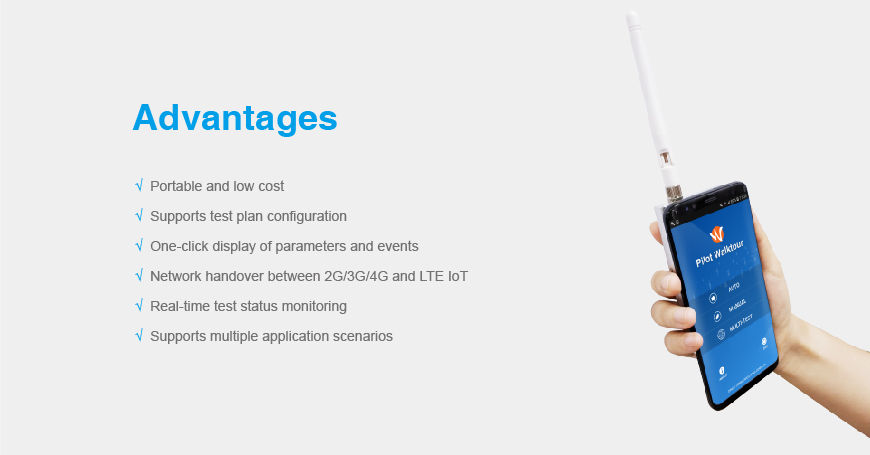 Pilot Walktour Android is LTE IoT ready, and can be used for its radio access network quality test and verification. Pilot Walktour Android manages data collection and storage efficiently, and may upload the data files to Pilot Fleet Unify through a single click option for automated statistics generation and analysis. This simplifies the whole LTE IoT test experience with a portable and easy to use test module, complemented by efficient data management and automated post processing. 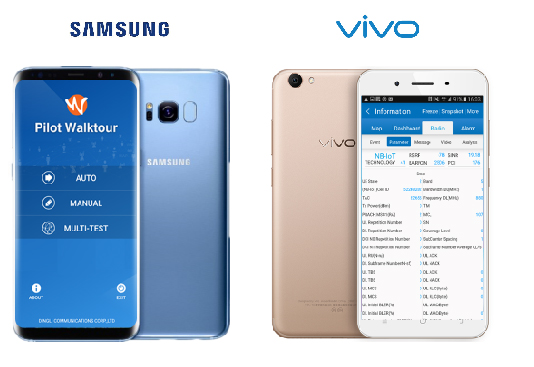